My classmates and I have developed a game called RaceTrack!

The underlying idea of RaceTrack is a round-based racing game where players have to strategically choose their next move out of multiple reachable positions. These positions are calculated based on their previous turns and the position of other players. As the game calculates the selectable moves for each player based on their previous choices, the game gets more interesting and challenging with each passing turn.

RaceTrack has many features which make it more fun than the traditional pen and paper game. With the option to save running game sessions or different game modes RaceTrack will sure be a hit among friends or families. 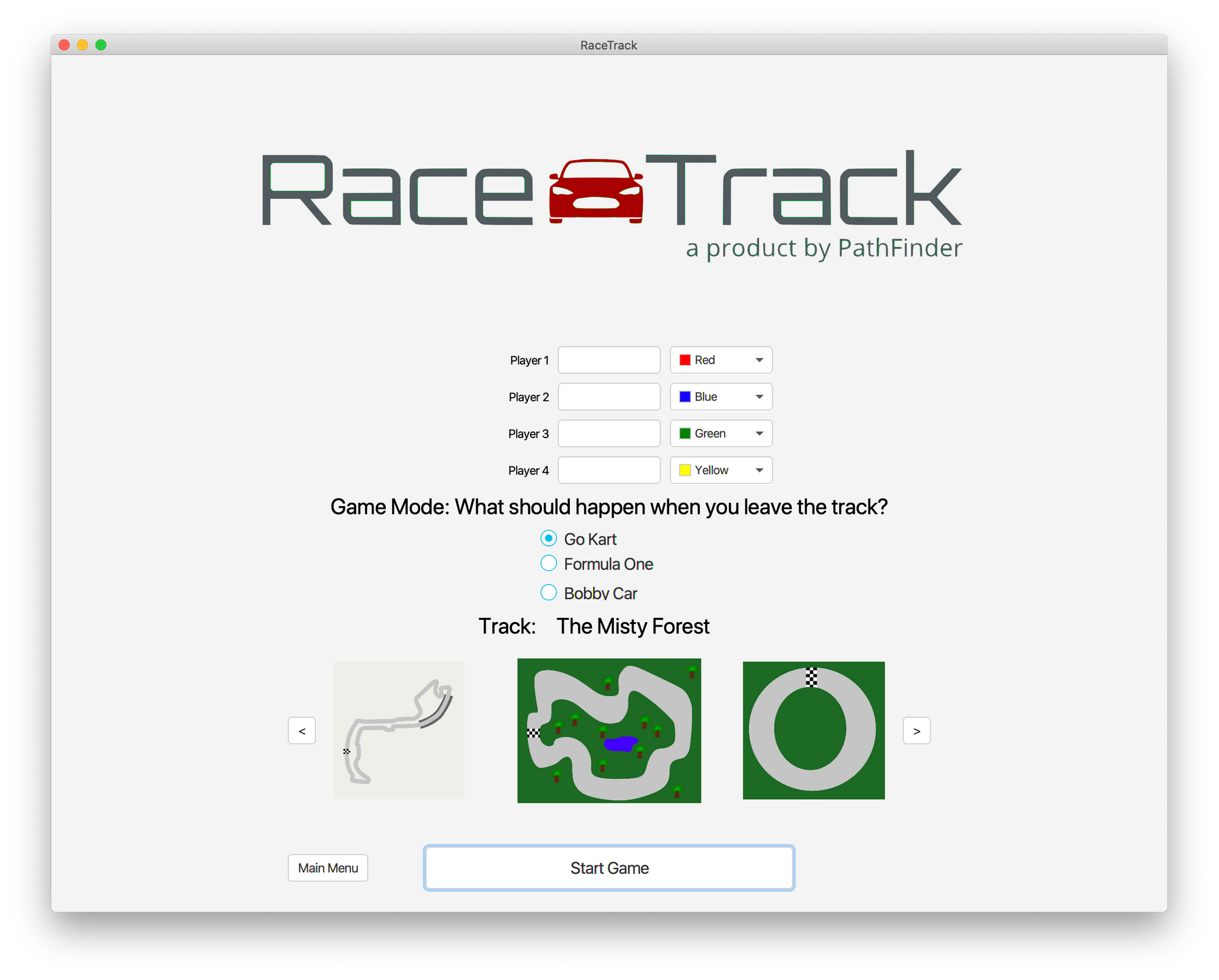 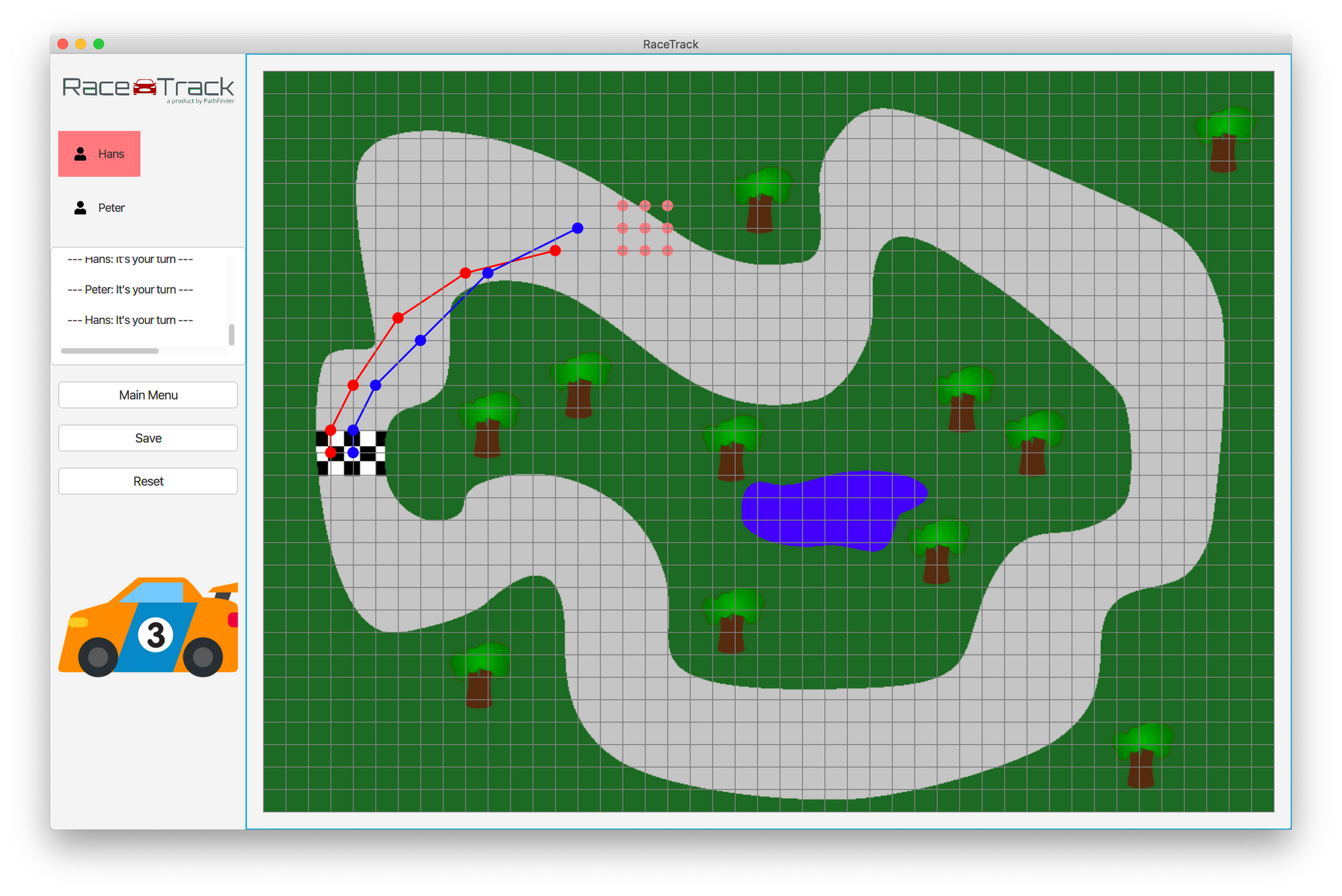 Excited about our Game? Get an early preview on MacOS or Windows!